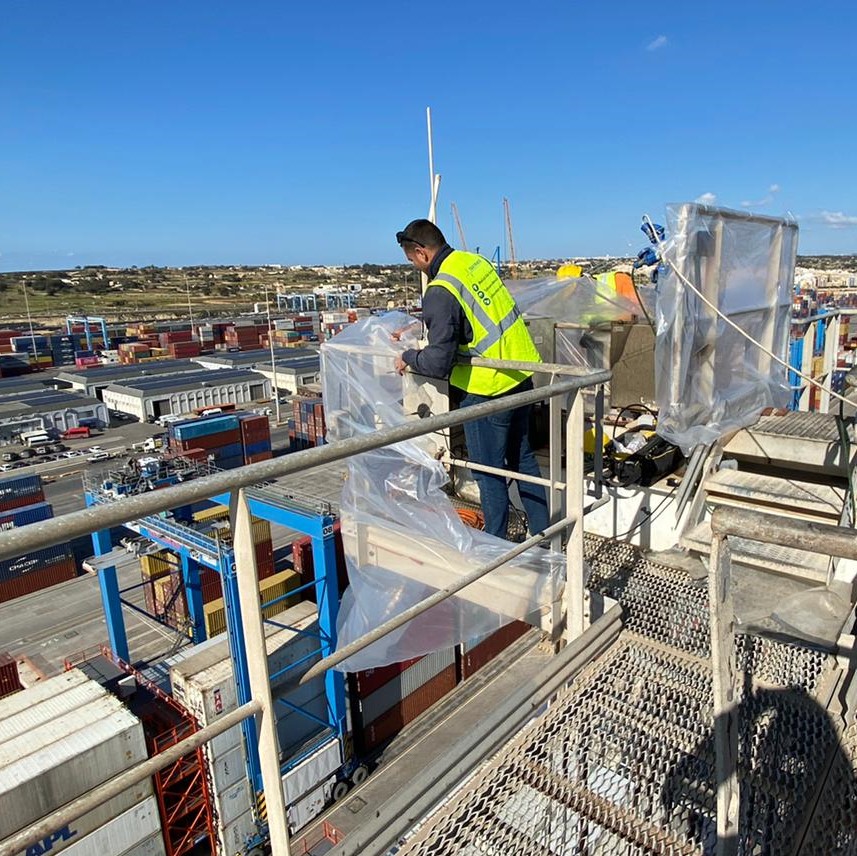 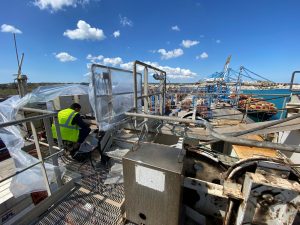 WCS has been entrusted by Malta Freeport terminals via Motherwell Bridge Industries to upgrade and refurbish a number of the larger cranes at the port. Given our outstanding reputation with MFT and MB, we were contracted in order to upgrade the communication system used to control the crane.

Our guys went on-site, assessed the current situation, proposed a fix and worked until the client was fully satisfied. We also have the privilege of being prepared for any outside plant fibre job. If it’s working at heights as was this case, confined spaces or any other challenge, we have the resources to meet your challenge!

From photos A and B below, we can see how the old system was quite a mess: few fibres were terminated, no labelling, no colour sequence and no optical distribution or management!

The end result is a situation where the crane operator can open a control panel without the fear of seeing broken fibres and spaghetti! 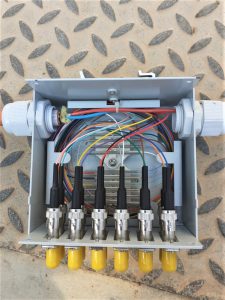